After all the philosophical man vs. god jargon in the first 2 episodes, episode 4 and 5 plunge into full stream action.

Well, not really, but…

In the previous post which somehow went MIA, I mentioned that Youjo Senki might be about trying to make a cruel bastard change his beliefs, but the past 2 episodes has been about Tanya’s military life rather than her spiritual one. They were enjoyable nonetheless, with the thought-out strategies and stuff. It also manages to showcase how Tanya is so friggin practical. She got allies using her appearance as a young kid. She treated her subordinates like human sandbags. She dealt with her enemies mercilessly. A perfectly practical commander.

But one thing: why is it that rarely anyone find it strange…that a 10-year-old girl writes a hundred page deep analytic on the war, is a Major, got the most prestigious medal in the army, and commands a battalion??!?!?

True, there are people who sympathize with her thrown into war at a young age, but other higher-ups treat her like an officer to be psychologically tested… what the heck.

I still find the God vs. Man aspect of this story odd. Like, what’s the point of that? Why does god have to care about this one single guy being a douche when there are worse douches everywhere? To remind people that religion exists? To tell that man strayed away from religion because they live too secure of a life?

As a military anime it’s doing good, but using a Tensei plot to justify an overpowered loli just doesn’t cut it for me. 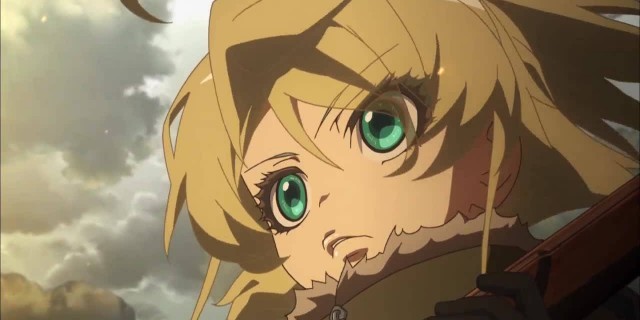 Anyway, so far so good. I’m still enjoying Saga of Tanya the Evil, so I’m gonna keep watching till the end. Look forward to finding out how the anime’s going to end.