I have mixed feelings about this book, and I’ll tell you why.

My Girlfriend from Russia (I don’t know what the official English title is so I’ll call it that) is a light novel published by Palo Publishing.

One day, Cha, a single romantic novelist received a phone call from his ex, asking him to meet up at her old house. There, he met Anastasia Yada Palov, a half-Thai-half-Russian elementary school girl who is his ex’s daughter. It turns out that his ex needed to go abroad to treat her illness, and asked Cha to take care of her daughter for the time being.

END_OF_DOCUMENT_TOKEN_TO_BE_REPLACED

I decided to start a new post category because of how much I have to say about this novel series.

Cang Hai is a 6-volume wuxia novel series by Feng Ge, and is part of a larger series which, from what I understand, includes another series called Kunlun and another series that is Kunlun’s prequel. I read Cang Hai in Thai, so I’m sorry if I make a mistake in any character or place names. Additionally, the Thai release splits the series into 8 volumes, so any reference I make about the volume number will be based on the Thai release version.

Cang Hai mainly follows the adventures of Lu Jian, a simple boy from a fisherman’s village who gets entangled with a bunch of weird people and the quest for the eight ancient scrolls that will shake the entire martial arts community.

For this review, I will talk about the overall plot and characters, then I will write my thoughts on the novel.

END_OF_DOCUMENT_TOKEN_TO_BE_REPLACED 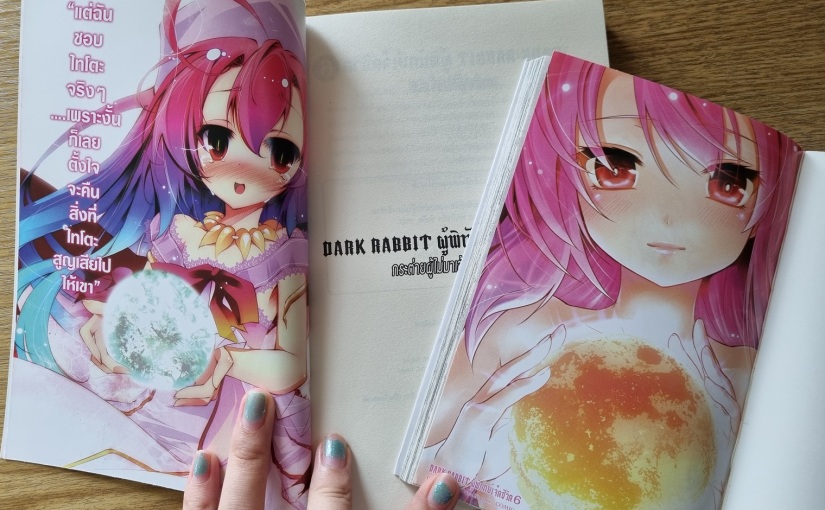 I bought volume 6 of both the manga and light novel at the same time, so I’ll just write about them together. The final volume of the manga covers volume 5-6 of the light novel (these content were not in the anime).

[This post contains full spoilers for both of these books.]

Itsuka Tenma no Kuro Usagi (A Dark Rabbit has Seven Lives) is a manga by Asahina Shiori, adapted from the light novel of the same name by Kagami Takaya with original character design by Kamiya Yuu. It was published after volume 6 of the light novel and covers the content of volume 1-6.

Kurogane Taito got into a car accident which should have killed him, but found out the he revived thanks to the ‘poison’ given to him by a vampire girl he met as a kid. That vampire is Saitohimea, a being capable of destroying the entire world. And so a very complicated story begins.

Let’s start with the LN first because the manga cuts a lot of volume 5’s content out and I should talk about that. (*Note: I read everything in Thai, and I couldn’t find the English translation for some of the names, so correct me if I got the names wrong.)

END_OF_DOCUMENT_TOKEN_TO_BE_REPLACED

It’s the time of a pandemic. I’m still under an unofficial lockdown because of how chaotic the vaccine management is. Anyway, waiting for stuff in the mail became something to look forward to, and the 86 light novels I pre-ordered came in the mail. Hurray!

Because my Wifi sucks, I couldn’t load the pre-order webpage and get to my shipping status, so I was quite surprised it came so quickly.

I ordered my copy from phoenixnext.com, the official publisher of 86 novels in Thailand. They have two sets, one of them is this:

END_OF_DOCUMENT_TOKEN_TO_BE_REPLACED

Alice’s life is on the line. Ai realizes she is incapable of saving anything. With Madame ELH on rampage, what will happen to the two’s relationship?

END_OF_DOCUMENT_TOKEN_TO_BE_REPLACED

One line summary: how to live a happy life even with impending doom. Or even shorter: life goes on. 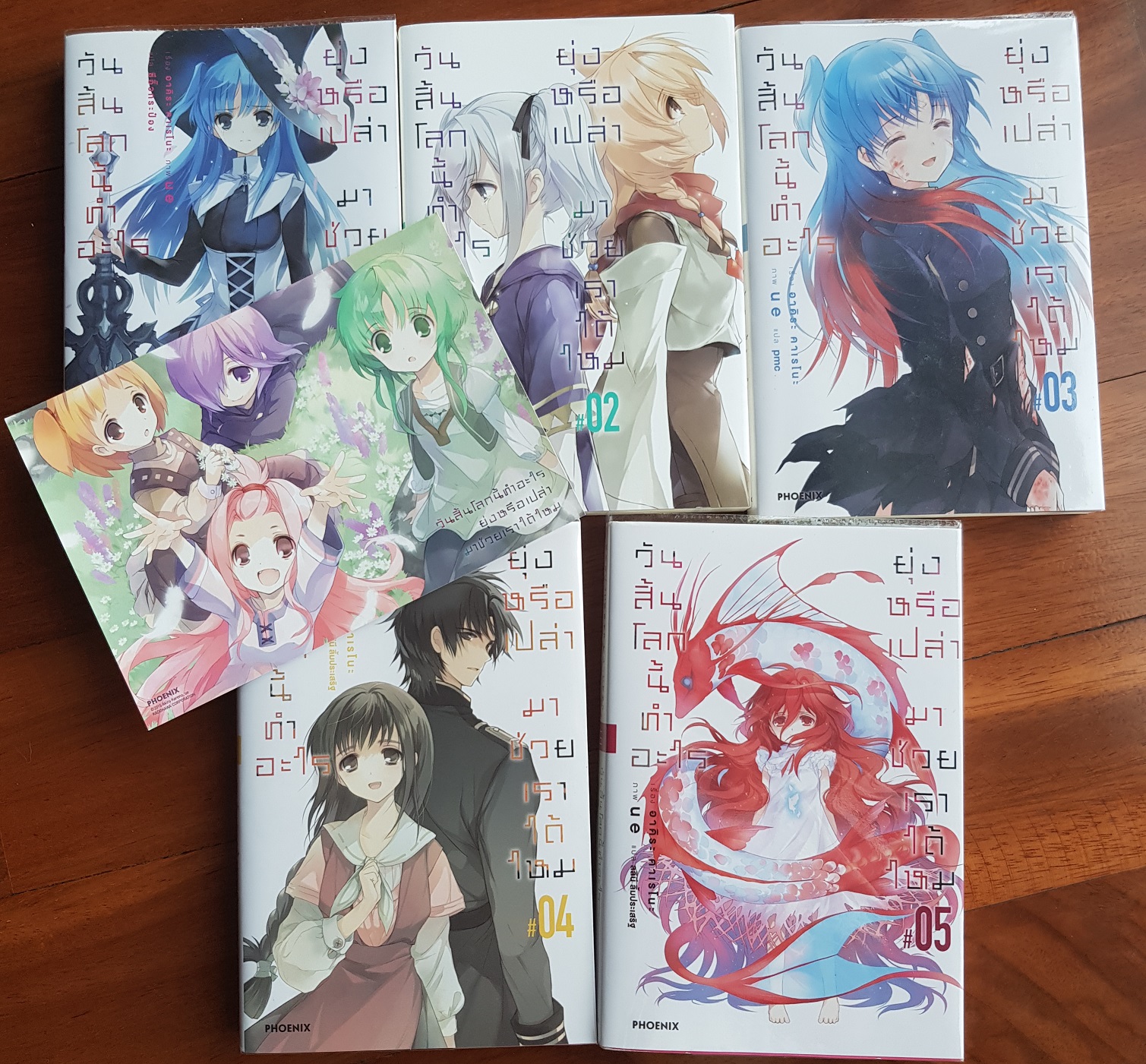 In this post: novel review, summary, and whether or not Willem and Nephren are alive.

The world ended five hundred years ago, when the Beasts turned the earth’s surface into gray dust and wiped out all of humanity. Surviving races migrated to floating islands, Regles Aile, and live happy lives untouched by the Beasts. However, even the air is not entirely safe, and to protect this ending world, young girls called ‘Leprechauns’ wield swords too large for their small bodies to protect all. END_OF_DOCUMENT_TOKEN_TO_BE_REPLACED

God created this world on Monday and abandoned it on Sunday. As a result, people are no longer born, and the dead no longer dies. “Gravekeepers” are the last miracle on this earth, able to put the dead to the eternal rest.

Ai is a new gravekeeper, acting in place of her late mother. She and her newfound companions travel the tragic world in order to “save” it.

END_OF_DOCUMENT_TOKEN_TO_BE_REPLACED 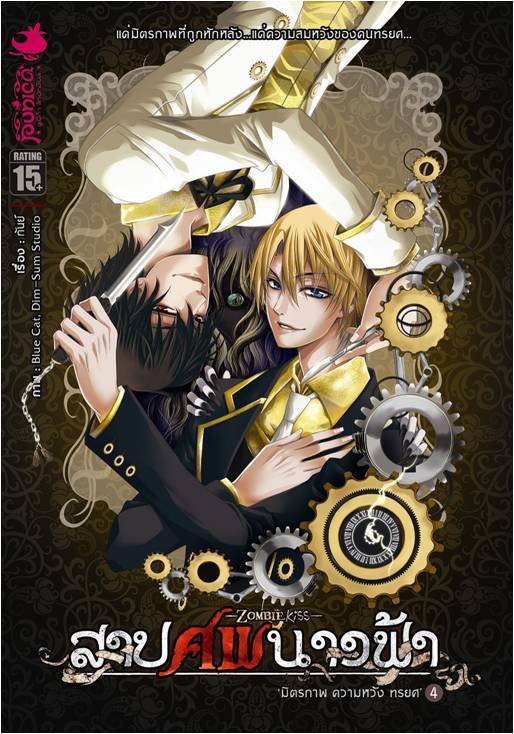 END_OF_DOCUMENT_TOKEN_TO_BE_REPLACED

In a nutshell: Mecha 1984 with garter-belt 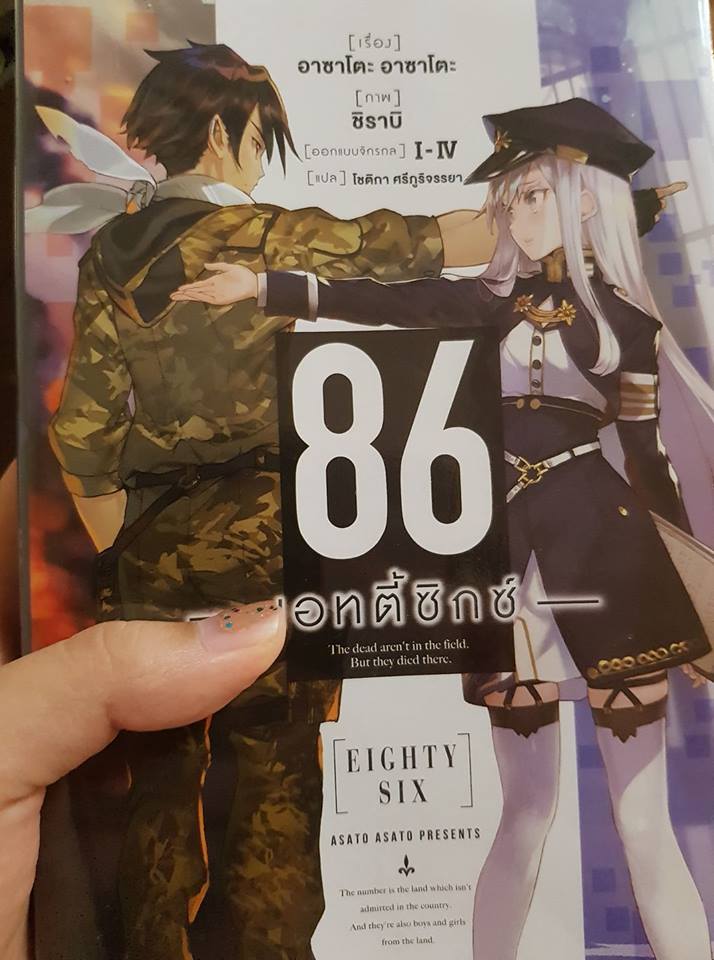 86 is a brutal, haunting, and beautiful light novel about humanity and oppression. END_OF_DOCUMENT_TOKEN_TO_BE_REPLACED