Well that was intense. 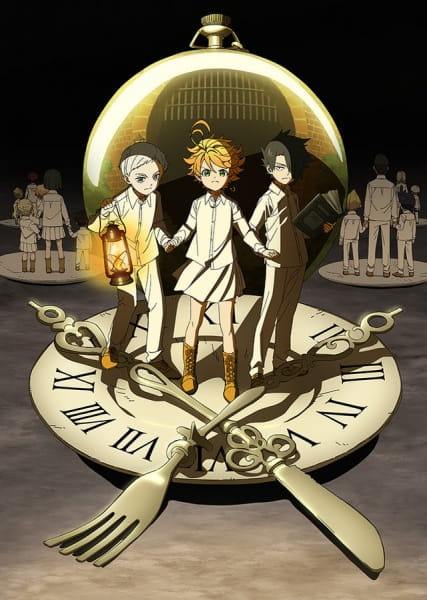 So Yakusoku no Neverland is the talk of the town this season, and after watching 4 episodes in one afternoon I really want to curse the ones who made it because I can’t stop watching. (And next week is the final exams. Sheesh.)

Neverland creates a feeling of perpetual unease and suspense, not the kind that the monster is going to come out but a sense that one’s life is constantly in danger. Only one other title that I can think of manages this well, and that is the game version of Higurashi no Naku Koro ni, and this title only does it well when the bad stuff kicks in. Neverland keeps the suspense running every single minute. Even the restful period isn’t as restful, since Mama is Watching You.

Neverland’s horror elements (so far) isn’t from the children-farm-brain-eating stuff, but from the fear of being betrayed by the ones you trust the most. Mama and the House was the world to the children, and having all that collapse down one day, I don’t even know how these kids managed to keep their heads together. That brings up the question: what if, just what if one day the whole world decided to turn against you? What if one day everything you know just isn’t what it is?

And that twist where Ray is the spy… it’s actually not that much of a twist, since it makes the most sense for Ray to choose the safe path for himself. Showing the “rope Norman bed” paper is too obvious of a red herring. But I think there’s more to it than that. Perhaps Ray is taking on the spy role so that the other kids won’t pry too much into it? He’s like, a double spy or something? Or maybe Norman is wrong? 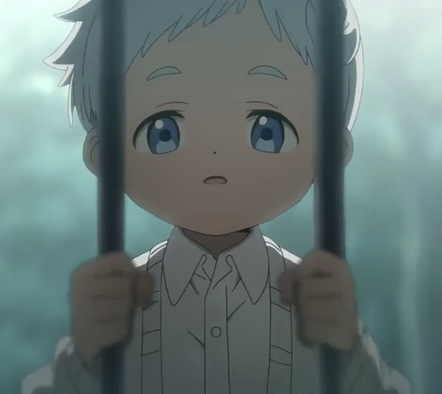 Oh, and I finally get why my friends are going nuts over this boy. One just feels safe whenever he’s around.

So far Neverland has been very enjoyable and let’s see what the children will do to escape their doom.