The movie “The King and I” (in which Phichit’s SP was based on) was banned in Thailand for a few reasons.

(Thailand bans a hell lot of things anyways. They censor swimsuits on TV, didn’t let a drama movie air, and so on, and so forth.)

So…what’s the Yuri on Ice version like? Here’s the summary posted on twitter by Mitsuo Kubo and translate by Beyond G-Haro.

This plot by Mitsuo Kubo actually corresponds with a real historical event. I’m surprised they knew so much about Thai history. wow.

Phichit’s timing in performing this piece in his skate could not be any worse. Despite its catchy lyrics and cheesy Disney theme, this song still refers to something the Thai government never let pass through censors. (Actually, they see it more like comedy and they know people doesn’t think a lot about it, but some conservatives did not want to show the musical to the public.) I know they just can’t cancel an anime episode because of an unprecedented event, and Yuri on Ice universe and ours is separate, but Phichit, the timing of your competition really was the worse for you.

This post is very long. Proceed at your own pace.

Episode 6 aired only weeks after the most tragic lost Thailand ever experience in almost a century. I find Phichit’s performance almost ironic. However, the Thai fandom understand this is anime, so we don’t blame the producers about it.

The History Behind “The King and I”

The musical was based off Margaret Landon’s novel. The plot is about Anna Leonowens who is a British schoolteacher in the Siam palace. (Thailand used to be called Siam)

Mongkut, King of Siam, was an able scholar who became king in 1850. In 1861, he wrote to his Singapore agent asking to find a British lady to be governess. They came up with Anna Leonowens. She explained her dark complexion by stating that she was Welsh by birth. Her deception was not detected until long after her death, and had still not come to light when The King and I was written.

King Mongkut had sought a Briton to teach his children and wives after trying local missionaries, who used the opportunity to try to convert them to Christianity.

In Thailand he is known as “The Father of Science and Technology”.  King Mongkut ascended the throne in 1851, aged 47.

His awareness of the threat from the British and French imperial powers, led him to institute many innovative activities. He ordered the nobility to wear shirts while attending his court; this was to show that Siam was no longer barbaric from the Western point of view. (Thailand is a very, very hot country, and in the age of no air conditioning, you could imagine how bad the heat was. It would be reasonable if even the nobles didn’t wear shirts.)

It has been argued that the assimilation of Western geography and astronomy into 19th-century Siam “proved that Siam equalled the West in terms of knowledge, and therefore the imperialists’ claim that Siam was uncivilised and had to be colonised was unreasonable.”

Contrary to popular belief, King Mongkut did not offer a herd of war elephants to the US president Abraham Lincoln during the American Civil War for use against the Confederacy.

Because of their fictionalized historical references and perceived disrespectful treatment of King Mongkut, the musical and book were initially banned in Thailand as the Thai government and people considered them to be lèse majesté.

Anna claimed that her conversations with Prince Chulalongkorn about human freedom, and her relating to him the story of Uncle Tom’s Cabin, became the inspiration for his abolition of slavery almost 40 years later. However, the slavery system in Siam differed from that in the United States with no racial distinction between slaves and free persons. Slavery in Thailand was sometimes a voluntary alternative for individuals to be rid of social and financial obligations. One could be punished for torturing slaves in Siam and some slaves could buy their freedom. Some western scholars and observers have expressed the opinion that Siamese slaves were treated better than English servants. 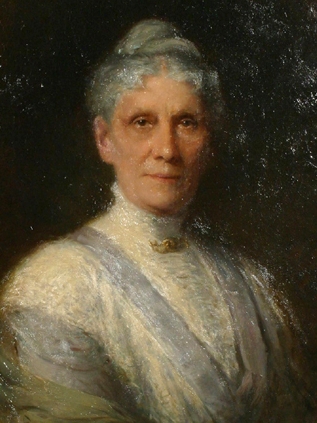 She was born in Ahmednagar district, India, on 5 November 1831. Leonowens’ grandfather, William Vawdrey Glascott, arrived in India in 1810. Historians suggest that the reason her grandmother was not known was because she was not of European descent, which means Leonowens ain’t of pure European descent either. Anna had no contact with her family and disguise her origins by claiming that she had been born with the surname “Crawford”, giving her father’s rank as Captain. By doing so, she protected not only herself but her children, who would have had greater opportunities if their mixed-race heritage remained unknown.

Anna later married Thomas Leonowens, who was a civilian clerk unlike an army officer as she wrote in her memoir. They later moved to Penang, where Thomas found work as a hotel keeper and died. Anna became a teacher to support her children.

In 1862, Leonowens accepted an offer to teach the wives and children of Mongkut, King of Siam. The king wished to give his 39 wives and concubines and 82 children a modern Western education. Leonowens served at court for nearly six years. She did not find the terms of her employment to her satisfaction.

In 1868, Leonowens was on leave for her health in England and had been negotiating a return to the court on better terms when Mongkut fell ill and died. The new monarch, fifteen-year-old Chulalongkorn (King Rama V), who succeeded his father, wrote Leonowens a warm letter of thanks for her services.

Chulalongkorn made reforms for which his former tutor claimed some of the credit, including the abolition of the practice of prostration before the royal person. However, many of those same reforms were goals established by his father.

And that’s why some Thai people think it’s biased: the musical claims the King’s motives came from Anna while she is seldom mentioned in history classes in Thailand.

It banned the movie, the remake, the everything (but Thais could view it online.) According to NYR Daily, “Various reasons have been given: the story is historically inaccurate, the portrayal of the king as a comic figure, absurdly keen to show off that he is not a barbarian in Western eyes, is disrespectful, Jodie Foster’s Anna eclipsed the king on publicity posters, and so on…It dramatizes something historically profound about nineteenth-century Siam (the country was officially renamed Thailand by a military regime in 1948). The only two Asian countries to escape from being colonized by a Western nation were Siam and Japan…King Mongkut…was not just interested in modern science—and European manners and institutions—out of curiosity. He saw it as his nation’s best defense against Western predators. That is one reason why he invited Anna Leonowens to teach English at his royal court.”

A discussion board Pantip gave a variety of opinions. Most people say there’s nothing wrong besides the fact that it is historically inaccurate, while some of them thought of it as being too “Hollywood” and portrays two respected kings in a unacceptable way. A portion said that it’s okay if it’s for entertainment, but the musical/movie does not really “get” Thai culture. Many said they laughed through the entire thing. While a lot didn’t take it too seriously, some said that Thai people are too close-minded about other’s interpretation of their own culture. In short: opinions are really mixed.

And me…I once said to my friend that I rode an elephant to school and they thought it was real. Thanks, King and I. 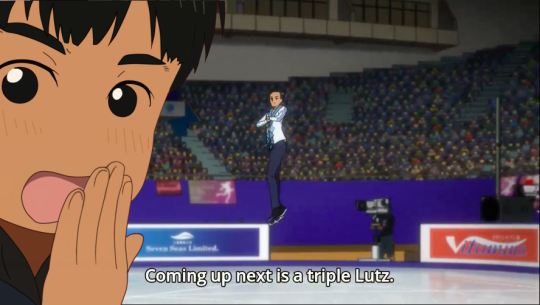 Unlike “King and I”‘s attempt to be historical, “King and Skater” went into full stream fantasy, with card games and time travel and all those fun stuff. When the song “Shall We Skate?” came out, Thai fans were like “how the heck did Phichit get permission to perform this?” Some thought he actually got the permission, some said he just went out and did it. After reading the summary, I think the musical is so far from reality that Phichit didn’t even have to bother asking for permission, since it doesn’t run into same problems as “The King and I.” Still, that was a pretty brave attempt since General Surayud Chulanont can be anywhere in his family tree. (jk)

But “Terra Incognita”…how the heck did they get the budget to make “The King and the Skater II” ?!?!?!

This is something I hadn’t realized in 2016, but King Rama V (Chulalongkorn), in an attempt to thwart colonization attempts of France and England, traveled Europe and met people such as Prince Bismarck of Germany and Tsar Nicholas II of Russia, so that Siam could be recognized as an independent power. This started from the 1893 crisis, when France sent two warships almost to the royal palace and demanded 3 million francs plus some territory. King Rama V planned his European tour, which garnered great attention from media at the time.

The lyrics of “Shall we skate” could be hinting at this tour, since this European tour was a great turning point for Siam. It was after this that Siam really began its modernization, applying new technologies that the king learned during his travels. Hence the lyrics “You’ll find the new world in you.”

Finally we have come to the last section of this post. The summary above stops telling the story after a huge fire breaks out. This is pretty much the only part in The King and the Skater that corresponds with history: the “Front Palace Crisis”, although chronologically it’s wrong lol. It was a power struggle between reformist King Chulalongkorn and Prince Bovorn Vichaichan.

There was a fire in the Grand Palace.

Realising this conflict might open a path for the Westerners to infiltrate Siam politics, Prince Bovorn Vichaichan went to stay at a British consul’s house and asked for protection from the English government. Ultimately, the Front Palace was abolished and him stripped of his title.

And that wraps up our posts for today. (Dang, two posts in one day. Good job, me! And I hope I don’t get arrested!) If you have something that you do not understand or want more clarification on some topics, feel free to comment and I’ll answer to the best of my abilities! Until next time!